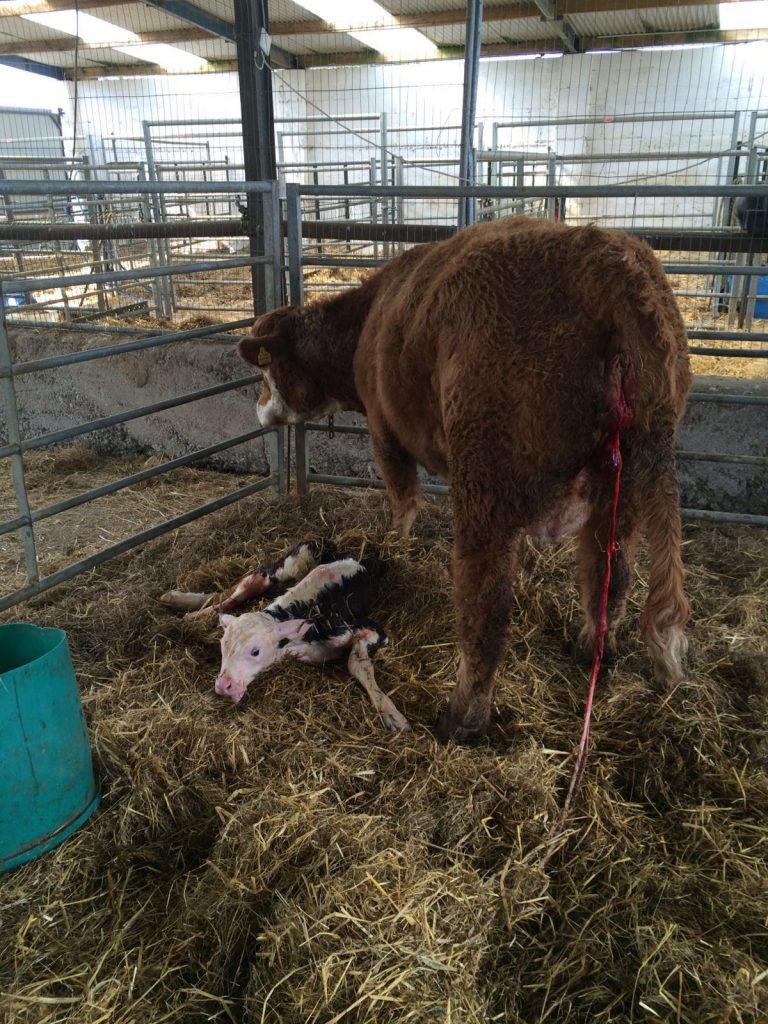 Cow attacks have increased significantly in the last decade or so, with the time around calving proving to be the most dangerous time, McNamara said.

In recent years, cow attacks account for close to two thirds of fatal animal attacks on farms compared to just one third for bull attacks, he added.

Farmers need to protect themselves and look at their handling facilities, the farmer is at risk once they are in a pen with a cow.

Handling cows around calving time or directly after the calf has been born can prove to be very dangerous, Teagasc’s National Health and Safety Specialist said.

“A farmer can be in particular danger when they are handling the calf. A farmer should make sure that the cow is safely controlled.

“If a farmer is handling the calf and it makes a sound, the cows maternal extinct kicks in.

Cows can attack from close range, it’s all about procedure and practice.

Looking down the line, McNamara believes it is important that farmers cull any cows that show signs of aggression around calving.

“Maternal aggression is a maternal trait. If it happens this year, then it is likely to happen again,” he said.

Meanwhile, farmers should also revert from choosing replacements from any cows that show signs of aggression, he added.

Docility is a trait which can be bred into herds overtime, similar to other traits such as milk yield, he said.

Cows that show aggression around calving time can be from either a dairy or suckler herd, with research proving that maternal aggression is a trait that is not particular to anyone breed, McNamara said.

Nearly half of farmers attacked by cows at calving

In a poll carried out by Agriland, 47% of farmers revealed that they have been attacked by a cow at calving time.

The poll results also showed that 42% of farmers felt the calving facilities on their farm were not adequate, while 72% of voters believed a calving pen is essential to make handling cows easier around calving.

Well designed and maintained handling facilities are essential for the safe handling of cattle and prevention of injury to handlers, according to the Health and Safety Authority (HSA).

It believes many accidents involving cattle could be eliminated with better handling facilities.